Taking a screenshot on windows 10

If you want to capture the screen on your PC/ Laptop than you have a lot of different ways.You can take a screenshot on near to any platform, and taking screenshots in Windows isn't any completely different. it's a inbuilt choice that works nice for basic tasks, however several third-party programs supply additional simple use and options. In this short article I’ll show you many alternative ways to capture a screenshot in Windows 10.

How to take the screenshot using print screen(print screen windows how to ?)

the easiest way to take the screenshot in your PC/ laptop can be done through print screen button on the keyboard.This button is usually mentioned as "PrtScn"
in the below screenshot you can easily locate this button. 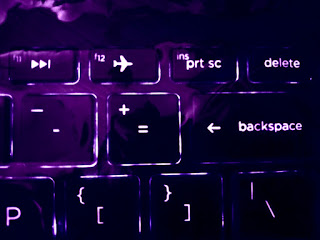 several features of print screen button are as follows:

1)press "PrtScn" this will save the screenshot to clipboard which you can later use to paste where you want link in paints,MS-word.

2)press "windows key+PrtScn" with the help of this shortcut you can save the entire screenshot of window as an image file and later you can find this in the image folder.

3)press "windows key +shift +S" by this shortcut you take the snip of the screen by selecting the area you want to capture. This will save the screenshot to your clipboard and you can paste it later on in the program you want to paste it like in paint/Ms WORD.

Note- In some PC/laptops you may need to press


How to take screenshot using snipping tool in windows 10

snipping tool is very useful and easy way to capture the screen in windows 10
Take a shot to repeat words or pictures from all or a part of your laptop screen. Use snipping Tool to create changes or notes, then save, and share.

perform the following steps to take the screenshot-

1. Type "snipping tool" in the search bar in win 10 or you can search for the app snipping tool manually.

3.click the new button and the screen will automatically stop and than select the area which you want to snip. 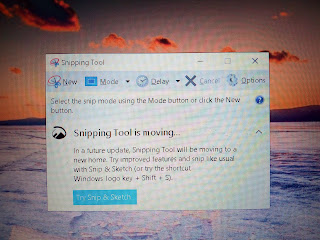 while you are playing games in windows 10 you will definitely not use the snipping tool so their is an alternative for taking the screenshot.

2.After this the Xbox game bar will open.

3.Click the camera icon on that game bar and the screenshot will be saved automatically.

NOTE- if you are playing the game then you can also press the F11 key to take the screenshot. 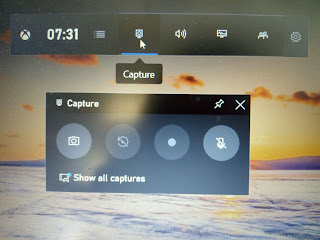 Shortcut to take screenshot on windows 10

press   Alt + Print Screen  to take the screenshot ,this is a well known shortcut by which you can easily take the snip of the screen.

You can conjointly use keyboard cutoff Windows key + shift-S (or the new Screen snip button within the Action Center) to capture a screenshot with Snip & Sketch. Your screen can dim and you will see Snip & Sketch's tiny menu at the top of your screen which will allow you to select which form of screenshot you wish to capture.

Taking screenshot of a specific area on a PC windows 10 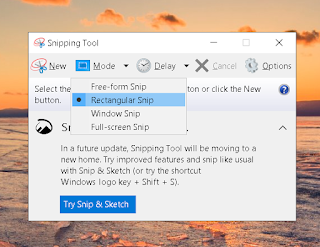 after pressing the new button in snipping tool the whole screen will become blurred then you can select the area you want to capture and then save it as shown in the below screenshot. 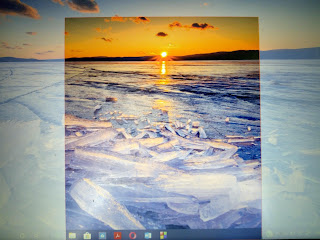 after that click the file button and then click save as to save the screenshot wherever you want to save it.

How do I take screenshot of a single window

+ PrtScn = this will give you the screenshot of the single widow.

"press windows key + volume down key" and the screen shot will be saved automatically.

If you are using a Microsoft Surface device, you'll be able to use the physical buttons to capture a screenshot of your entire screen. To do this, hold down the Windows emblem bit button at very cheap of your Surface screen and hit the physical volume-down button on the aspect of the pill. The screen can dim concisely and therefore the screenshot are going to be mechanically saved to the photographs > Screenshots folder.

What Is a Coronavirus ? Corona viruses were first identified in the 1960s, but we don't know where they come from. They get their name from their crown-like shape. Sometimes, but not often, a coronavirus can infect both animals and humans. Most coronaviruses spread the same way other cold-causing viruses do: through infected people coughing and sneezing, by touching an infected person's hands or face, or by touching things such as doorknobs that infected people have touched. Almost everyone gets a coronavirus infection at least once in their life, most likely as a young child. In the United States, coronaviruses are more common in the fall and winter, but anyone can come down with a coronavirus infection at any time. What are Common human coronaviruses ? Common human coronaviruses, including types 229E, OC43, and HKU1, usually cause mild to moderate upper-respiratory tract illnesses, like the common cold. Most people get infected with t
READING A FILE IN C IS VERY SIMPLE ALTHOUGH COMPLECTED FOR NEWBIES IN THIS BLOG YOU WILL LEARN THE CONCEPTS IN SWEET AND SHORT MANNER. SO WITHOUT WASTING TIME LET'S DIVE INTO THE CORE CONCEPT :- It's a saying that if we try to understand things by ourselves before we try understand it by our instructor than it create much better level of understanding of the concepts in our mind so keeping this in mind I will first give you the code than give it some time to understand it :) Q.  Write a program in C to write multiple lines in a text file. Test Data : Input the number of lines to be written : 4 :: The lines are :: test line 1 test line 2 test line 3 test line 4 Expected Output  : The content of the file test.txt is : test line 1 test line 2